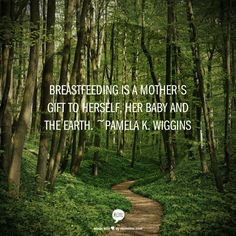 Aubrey and I finished our last week of breastfeeding recently. And man, it involved all kinds of feels. It is so difficult to effectively articulate my love/hate relationship with breastfeeding. It has held some of the most special, magical, beautiful moments, but it has also held some gut wrenching, helpless sobbing, emotionally painful times as well.

I always intended to breastfeed until Aubrey turned a year old (providing I could physically). At 4 months, after slow weight gain issues, flow preferences, feeling like I was literally pumping my boobs off, and almost causing Aubrey to completely give up on nursing – I told Will if I could just make it to 6 months I would be done.

At 6 months, we were back home in NC, and Aubrey chose that time to go through some sort of spell where after months of sleeping through the night, she decided to wake every 2 hours during the night to nurse – only nursing wouldn’t satisfy her, and I would eventually end up giving her formula in a bottle to finally get her to go back to sleep. I’m ashamed at how many times I uttered the words, “I hate breastfeeding!” When we got back to Turkey, I told Will, providing she started sleeping through the night again now that we were home, I was only going to give it till 8 months because I was very over the constant battle with her.

At 8 months, we were about to leave for our long Europe trip, and instead of trying to lug around a bunch of formula (in addition to the tons of baby food I already packed), I opted to at least continue nursing through the trip for the sake of convenience. Towards the end of the trip, after dealing with the hassle of finding places we could nurse out of the public eye – because Aubrey would fight my slow letdown so much, I would end up sitting there topless until things finally got going, Aubrey only nursing for a few minutes when she did finally nurse – in favor of real food, Aubrey’s progressive disinterest in nursing at the mid-morning and mid-afternoon feedings, and the whole breastfeeding experience having worn me about as far as I could handle, I told Will we would start weaning at 9 months.

The day after Aubrey turned 9 months I cut the mid-afternoon feeding and replaced it with a bottle. Then, by accident, we also replaced the mid-morning/lunch feeding one day and stuck with it. This meant I was only nursing in the morning and at bedtime. We stayed in this routine for two weeks, then I cut the morning feeding.

The day I cut the morning feeding, I was nursing Aubrey before putting her to bed, and after nursing for a pretty good stint on one side, she simply refused the other. She wasn’t upset. She didn’t cry or fuss, or push away. She just started sucking her fingers and playing with her ear as she does every time she gets sleepy. I tried to get her to latch a few times and she just looked at me. It was such a strange look thinking back. It was almost as if she was saying, “I don’t need it anymore Mama.”

I kissed her and gave her a snuggle before putting her in her crib. I was fighting back tears.

A few days short of turning 10 months she quit nursing altogether. No amount of coaxing on my part would sway her. She went from only nursing on the one side one night, to nursing like normal, to stopping cold turkey.

The next night I tried one more time, she refused, and I reluctantly made a bottle, of which she only drank a couple of ounces, and during which the tears streamed steadily down my face.

In those last two weeks I tried my best to cherish those night feedings, knowing they were coming to an end. I spent the time thinking back through our breastfeeding journey, starting from that first day in the NICU, when we had to coax our little girl to nurse. Then to our first family road trip to the Neuschwanstein Castle, where I remember telling Will, while we were stopped for a nursing session on the way, how I couldn’t understand why anyone wouldn’t try breastfeeding – it was so amazing. To the middle of the night moments, when I was high on new mommy adrenaline, and couldn’t stop taking pictures of Aubrey nursing. To the mornings when giving into the comfort of nursing in bed, I would wake up with a little angel using my boob as a pillow.

And then I took the time to think through all the bad memories. Unfortunately for us, there were many. Lots of struggles. Lots of stress and tears. Lots of frustration. And it makes me so sad that it was that way. I still can’t help but believe that I should have followed my own instincts instead of getting caught up in what the doctors told me. In my mind, all of the interventions, and crazy feeding schedules, and the pressure to try to pump like a mad woman to ensure my supply was enough, effectively ruined Aubrey and I’s breastfeeding relationship. It took away all the magic. All the mystique. It made it a chore, and an extremely stressful one at that. We were some of the lucky few that never had latching issues. I never experienced a single bit of pain from nursing. I never had supply issues. For all intents and purposes, we had a great thing going – until we let everything screw it up.

And I think this is why I can’t help but feel a bit of added heartbreak as we close this chapter. It’s always heartbreaking in a way when your children reaches a new milestone. It’s a happy heartbreak, if that can make any sense. It’s just, that happiness also has a twinge of sadness that things couldn’t have gone better.

I know in a few days I will adjust to this new normal. I’ll realize it’s not that big of a deal. I’ll be glad that I made it as far as I did. And slowly, as time goes on, I pray those bad memories will fade, and only the good ones will remain etched into my heart. I’ll understand that the tears I shed over my baby growing up and our special time ending, were also tears of relief. A sort of reluctant joy that the months and months of worrying whether she is getting enough, worrying about her weight, worrying about my slow letdown and if she would finally give up on me, just worrying…are finally over.

I in no way want to make formula feeding mothers feel any less, especially because I am one now, but I do want to take a moment to send out a special bit of positivity to breastfeeding mothers out there. It’s really hard to understand how something so “natural” can be so hard, until you actually do it yourself. God bless you for making the sacrifices you do to feed your little one. It is truly a special thing. I believe wholeheartedly that breastfeeding for any amount of time, whether its a week or a year, is an accomplishment and a gift – both to your baby, and also to yourself.

So, here we are. Learning a new normal. Aubrey, as usual is adjusting seamlessly, and I’m trying to tag along as best as I can. Her bottles are half breastmilk and half formula for now, as we put to use the milk I got from all of those hours I spent pumping like a mad woman. I will say, while it was amazing to watch my baby nurse, these days it is equally amazing to feed her a bottle and for once not have stress accompany her feeding time. I get to enjoy my baby while she is eating again, and it makes my heart happy. Although that’s not to say that I don’t think “maybe I could try to nurse her, just one more time,” every time I give her a bottle. As I said, we’re still adjusting…

For anyone interested (I’ve had a few ask), this is the formula we are using. As far as my research could tell, it is about the cleanest one on the market, and it actually tastes good (not that we’ve tried it – just kidding, we’ve totally tried it and it’s delicious!).

2 thoughts on “Our Last Week Breastfeeding”