You would think, being on the go as much as we are, that when we finally have a weekend at home we would want to spend it being lazy around the house for a bit. But when one such opportunity presented itself this past weekend, after spending Saturday getting the house in order and relaxing, we couldn’t stand to sit around for one more minute. So on Sunday we ventured to Tarsus to search out Saint Paul’s well and see the pretty waterfalls in town.
We hit the road about lunchtime, so after we completed the hour drive our bellies were growling. A quick peek at Trip Advisor led us to a restaurant called Kervan Humus, where they literally only serve humus.
Quick fact, this is only the second time we have had humus since we moved to Turkey. I thought it was like the land of humus, but as it turns out, it’s really not all that common. And, the only other time we’ve ordered it, it was pretty terrible. But supposedly, Tarsus is THE place for humus, so we gave it a second chance. 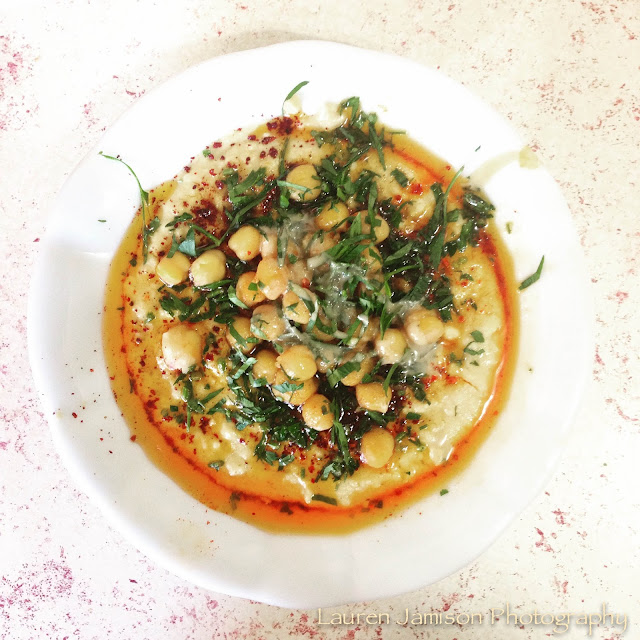 We were presented with a huge basket of fluffy white bread (not pita bread to our surprise), a plate of what looked like homemade pickle slices, fresh tomatoes, the customary peppers that come with almost every Turkish meal, and individual bowls of homemade humus topped with extra chickpeas, herbs, and a lake of flavorful oil. 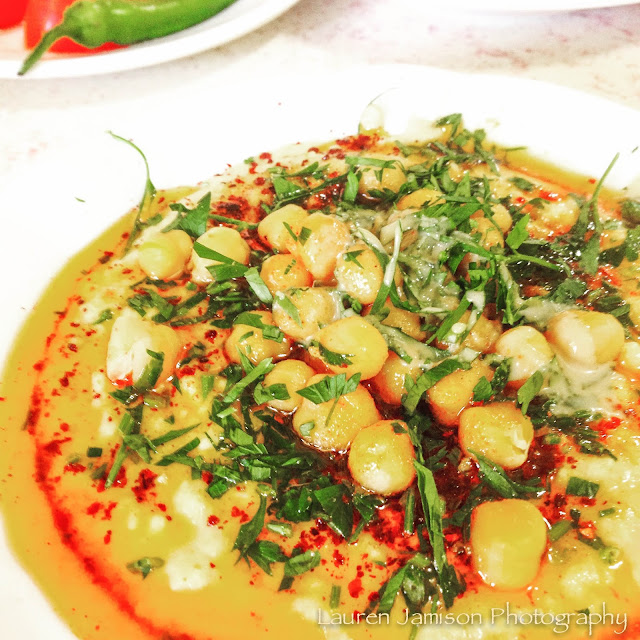 I thought there was no way that just a bowl of humus would be enough to fill me up, but I was very wrong. Will and I both left stuffed to the gills. Totally recommend this place to anyone looking for a break from kebap!
From the restaurant it was just a few minutes down the road to Saint Paul’s well. Upon arrival I realized my camera was dead, so all of these photos are from my iPhone :-/
There are plenty of large signs pointing the way, and we easily found parking.
We did not, however, easily find the well. 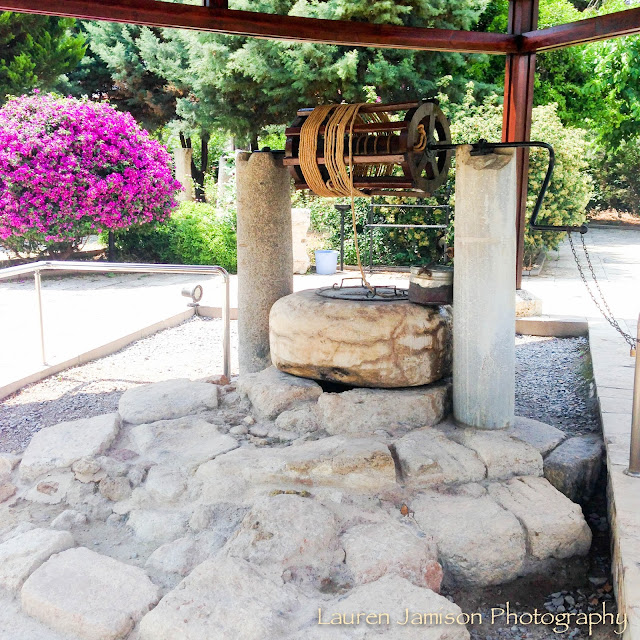 The signs all point directly to the area called Saint Paul’s Park, but somewhere we missed the additional directions that the actual well was down a small alley, below the park. It was not a busy tourist time, so we may or may not have walked around for a while trying to find it, gotten back in the car and tried multiple other navigations, before returning to the same spot, walking around again, and finally asking for help from a local. 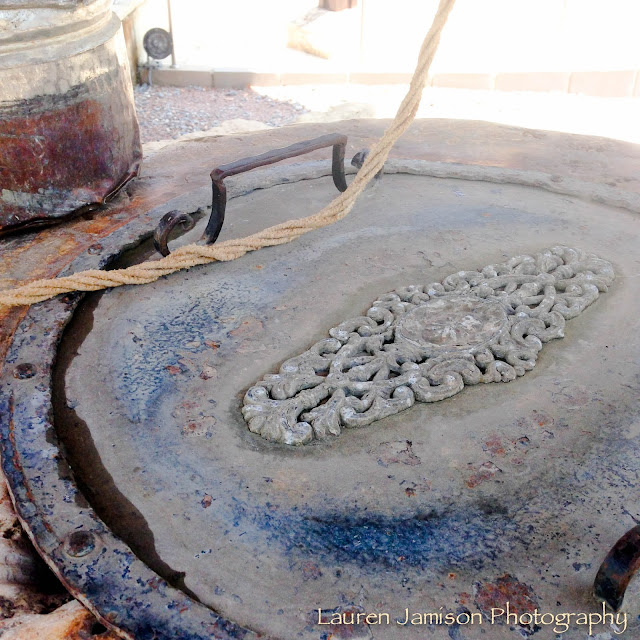 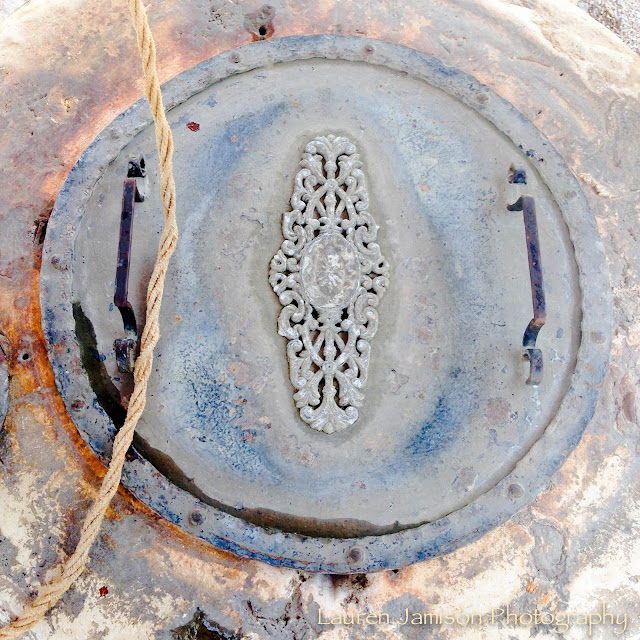 The well itself is 38 meters deep, fully supplied with water year-round, and the water itself is said to have healing powers. 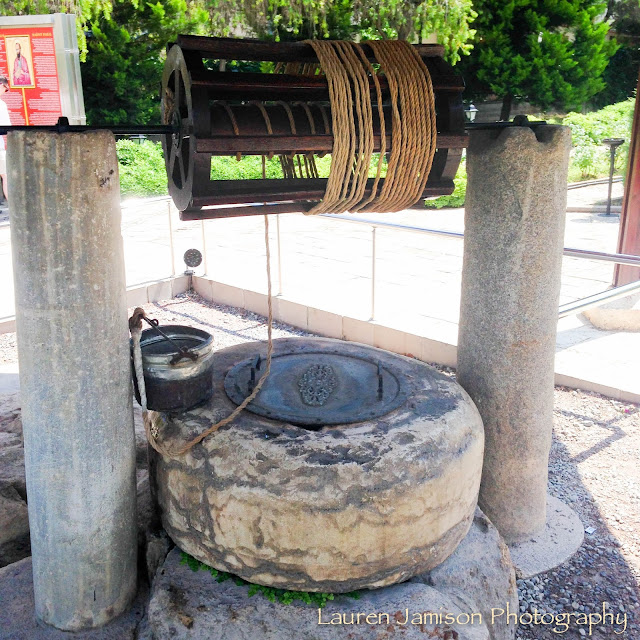 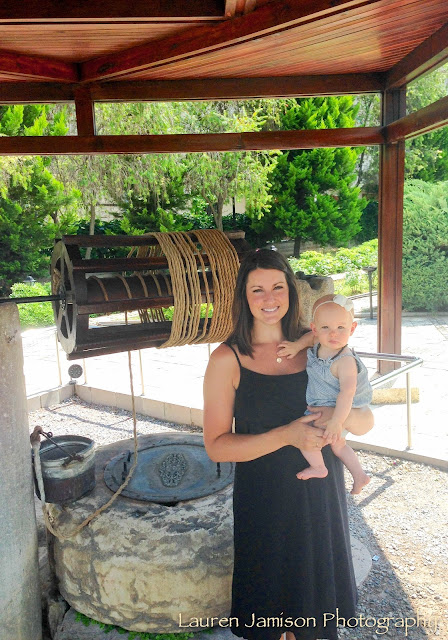 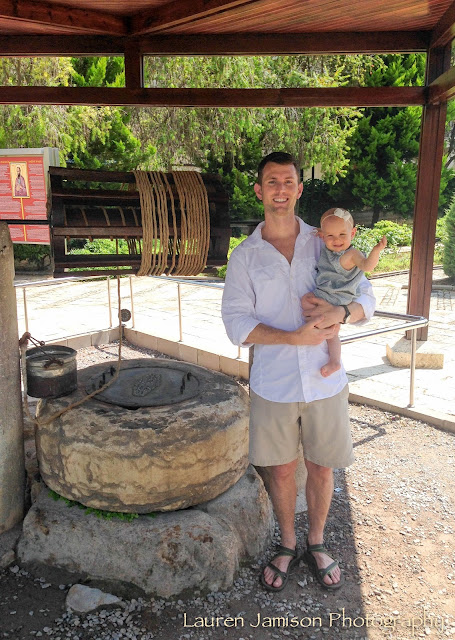 We decided we could always use some healing, and we just happened to be thirsty… 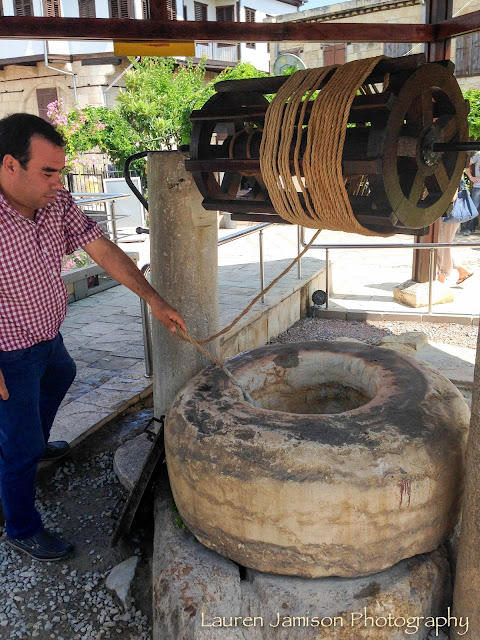 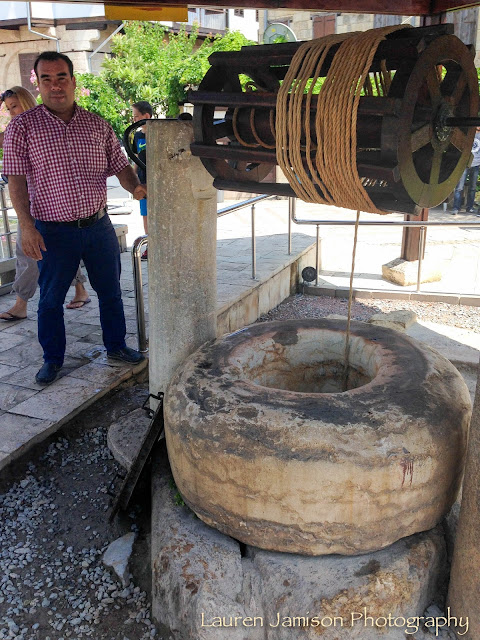 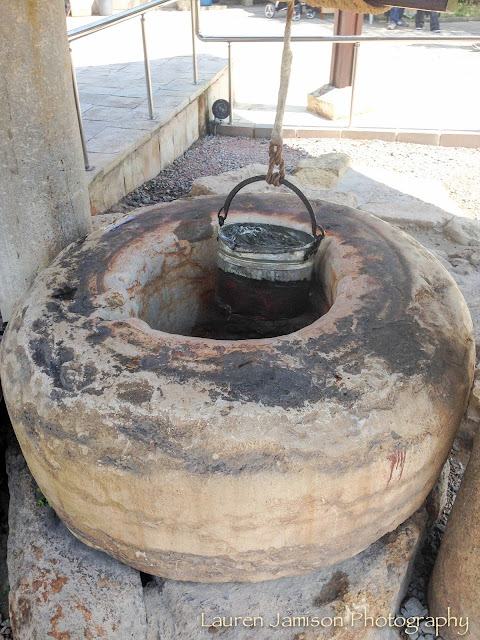 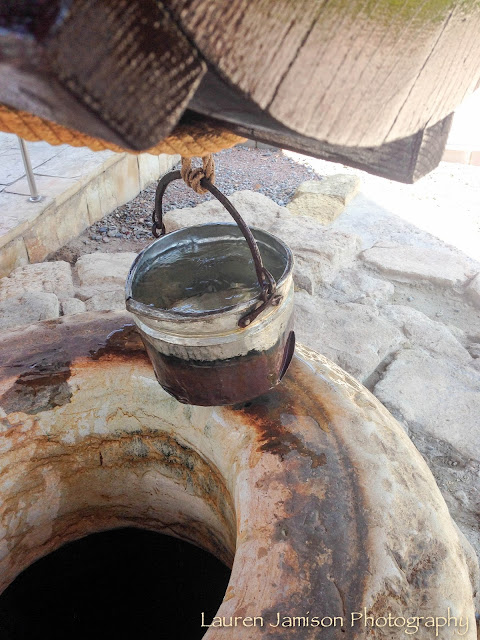 so we both had a drink, and touched some to Aubrey’s lips. 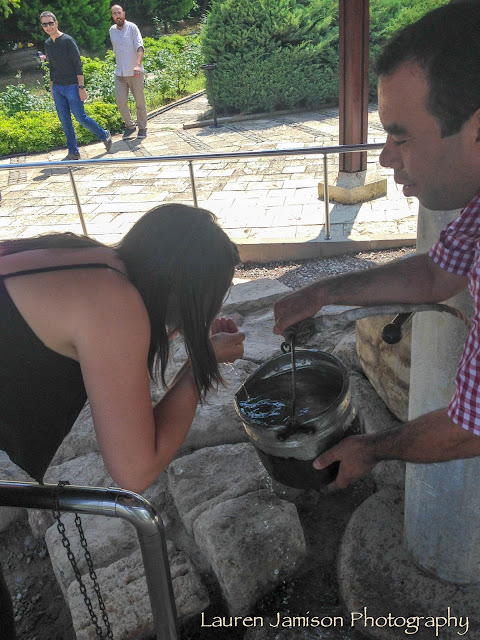 In general, we don’t drink the water in Turkey. We’ve been heavily warned that it isn’t clean and will result in a less than happy tummy. But, we figured this was a time we could take a chance. Thus far neither of us has gotten sick. 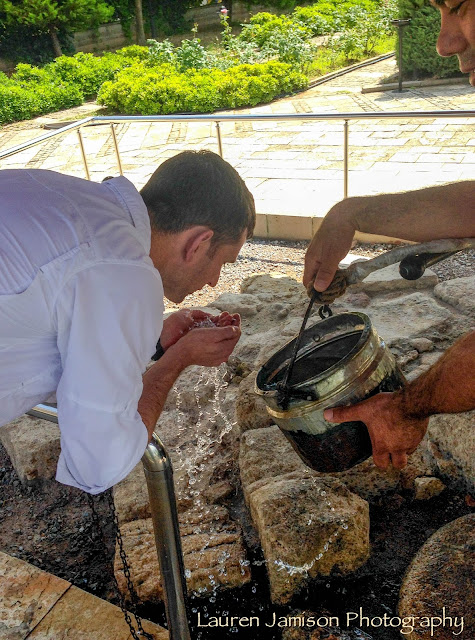 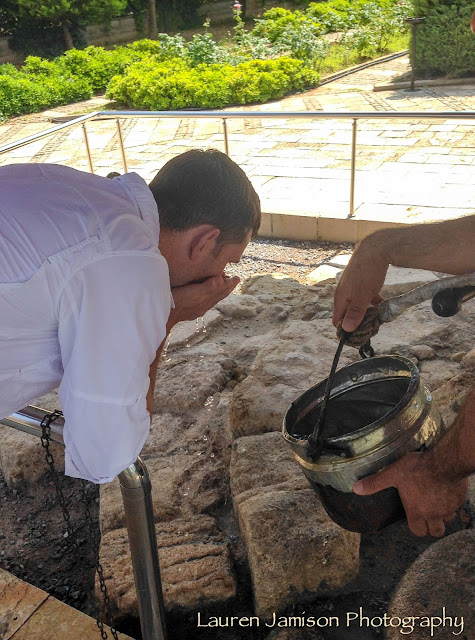 The courtyard around the well is home to what is believed to be the remnants of Saint Paul’s home. There are large glass viewing decks that allow you to peak down into what’s left of his humble abode. 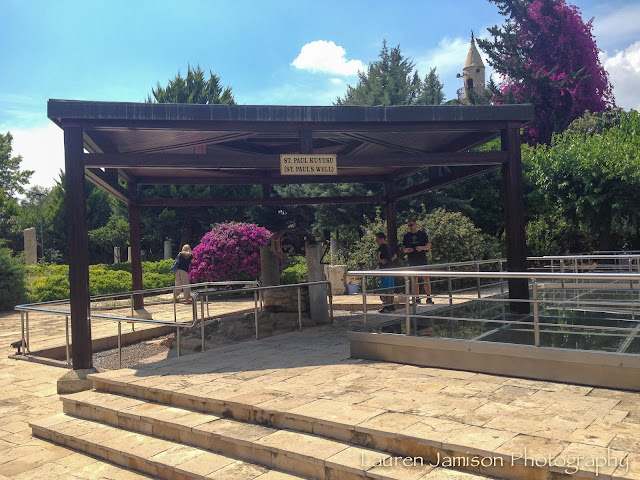 After we were done at the well we made our way over to the waterfalls and were happy to find they were surrounded by some nice restaurants and an ice cream stand. So we stopped for some Turkish tea and his and hers cones. 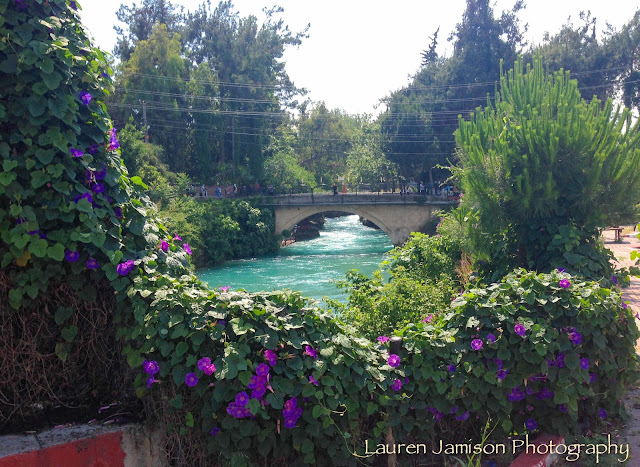 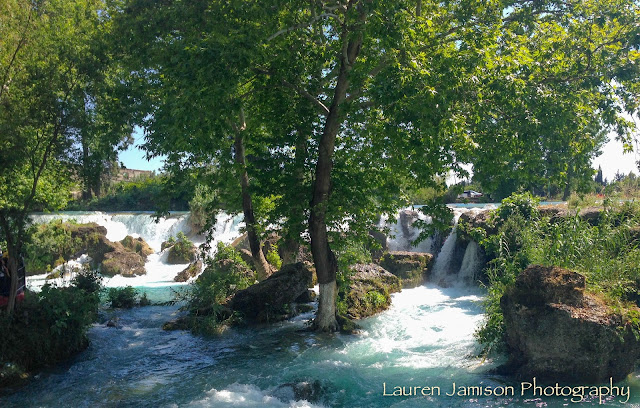 And with that our Sunday adventures came to an end.