I discovered that the wifi in the DFAC dining room is actually fast enough to upload pictures, blog, Facebook, iMessage, and check my email…all at the same time! Or at least it is on this lazy Sunday when there are hardly any people around. So, I jumped at the chance to get some blogs written and share some photos from Cappadocia!
Cappadocia is an area in Central Anatolia best known for its bizarre moon-like landscape speckled with unusual rock formations, and a history that dates back to the late 6th century BC. Tourists clammer here to explore the underground cities, relax in the cave hotels, marvel at the homes, churches and businesses carved into the rocks, and catch a fantasy-like ride on a hot air balloon through the fairy chimneys. 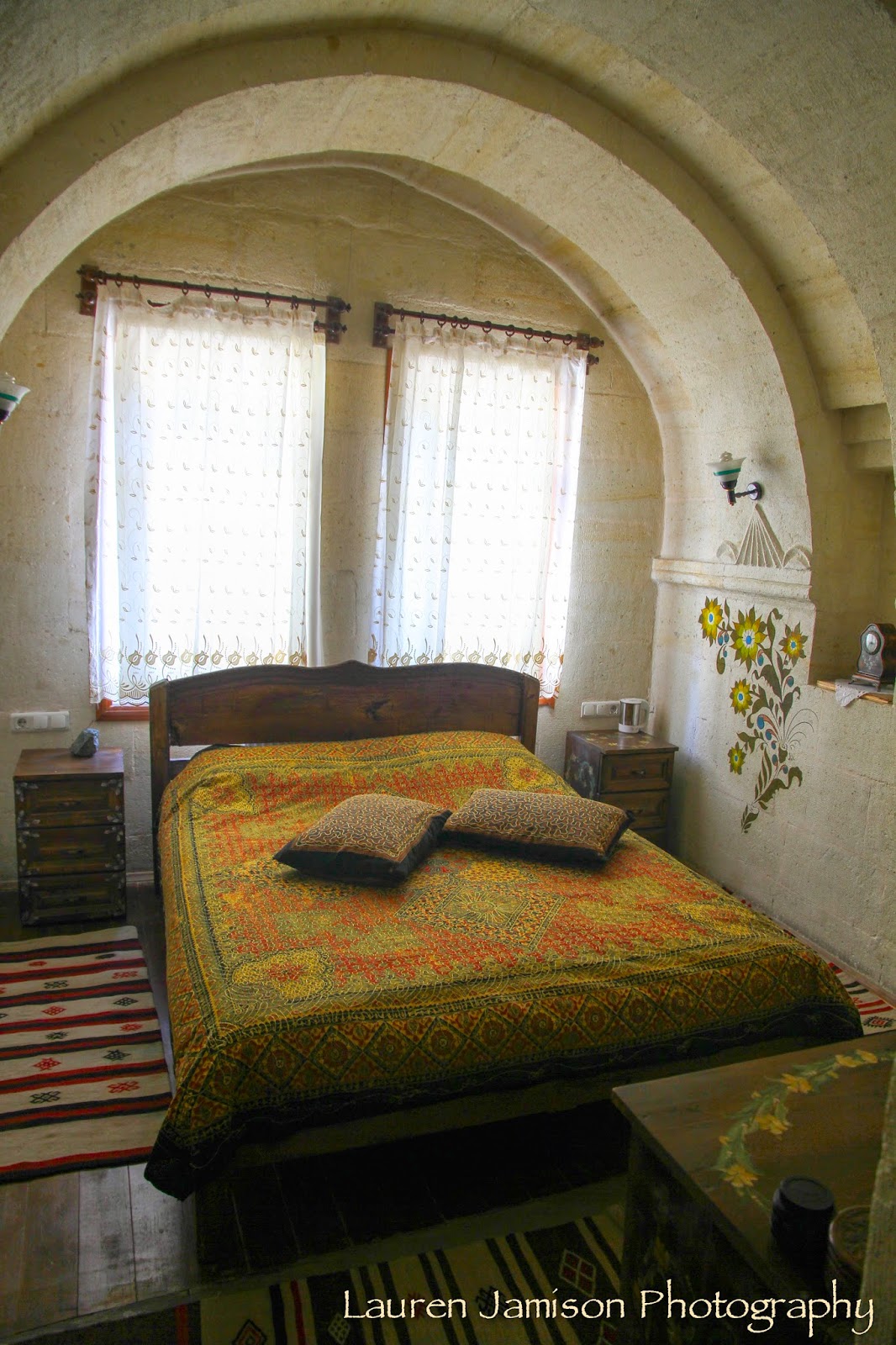 Lucky for us it’s only located about 3.5 hours from where we live so we put Will’s day off for the Labor Day holiday to good use, and drove up for a long weekend. 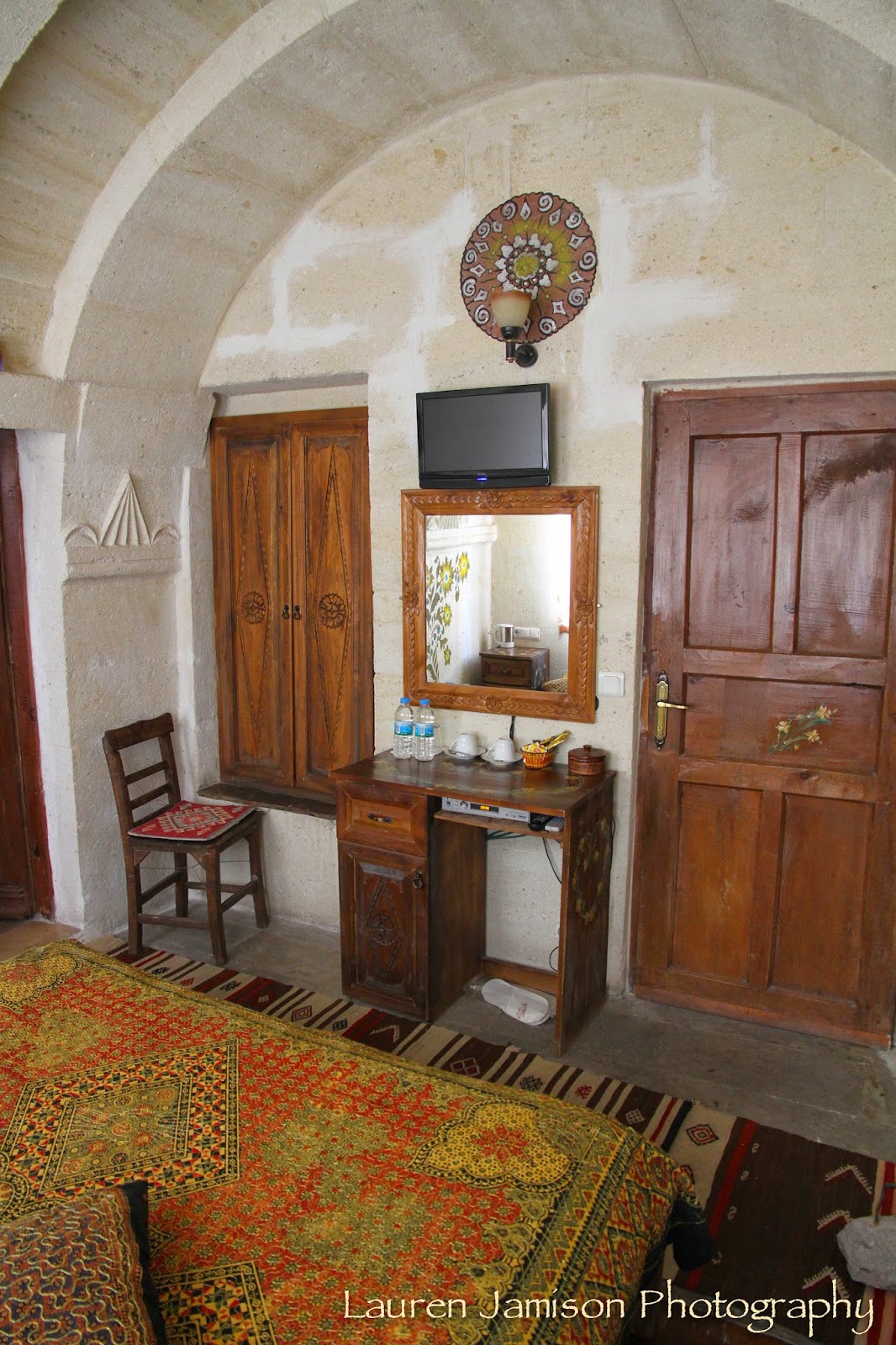 I’ll get to pictures of the town and how we spent our weekend in the next post. I took a lot of pictures and I didn’t want to flood your screen with them all at one time. 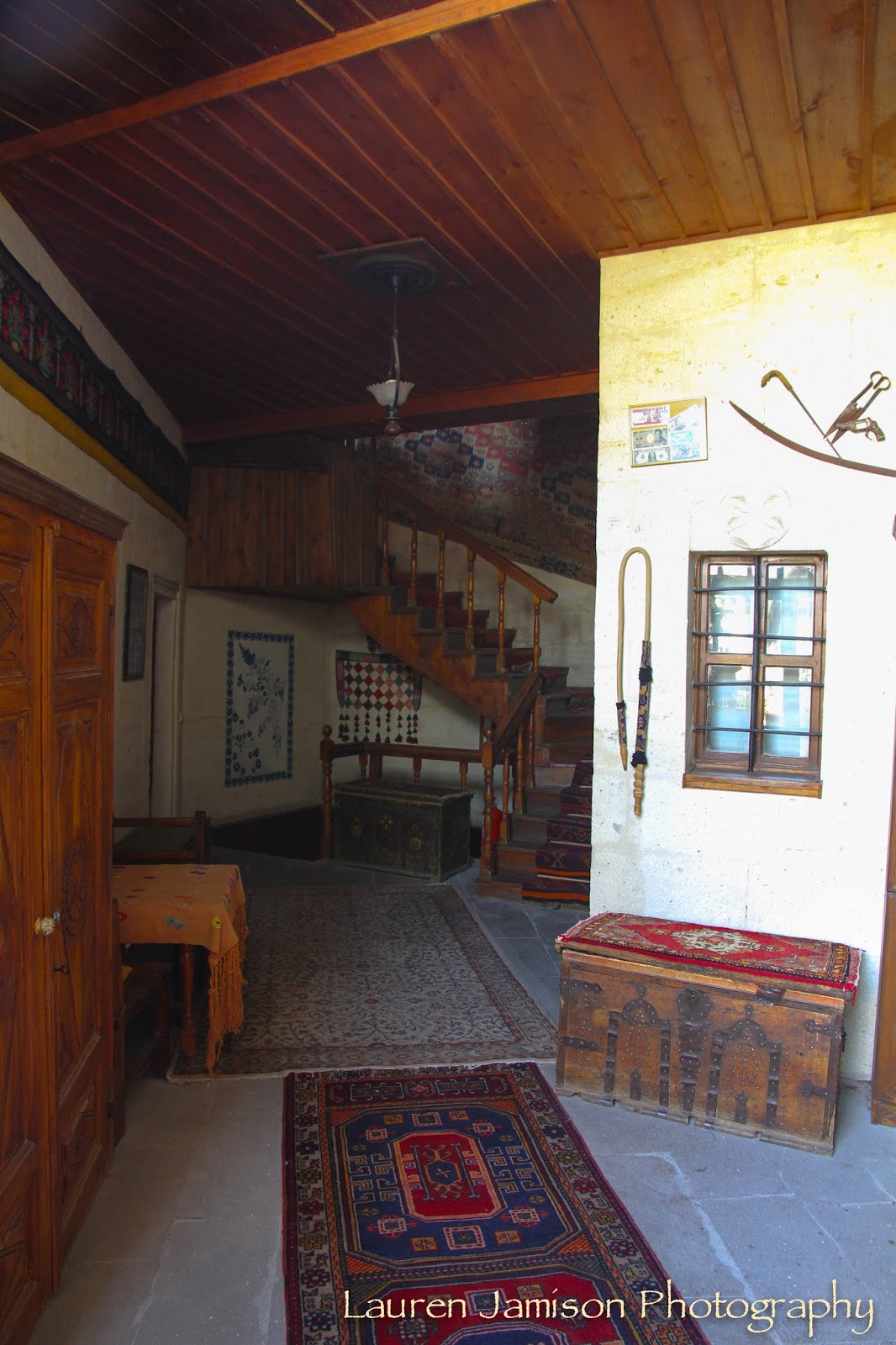 So for this post I’ll focus on our hotel in a town in the Cappadocian region called Goreme, home of the Goreme National Park (a World Heritage site), and a great spot to shop for handmade Turkish rugs. We stayed at the Kismet Cave House. 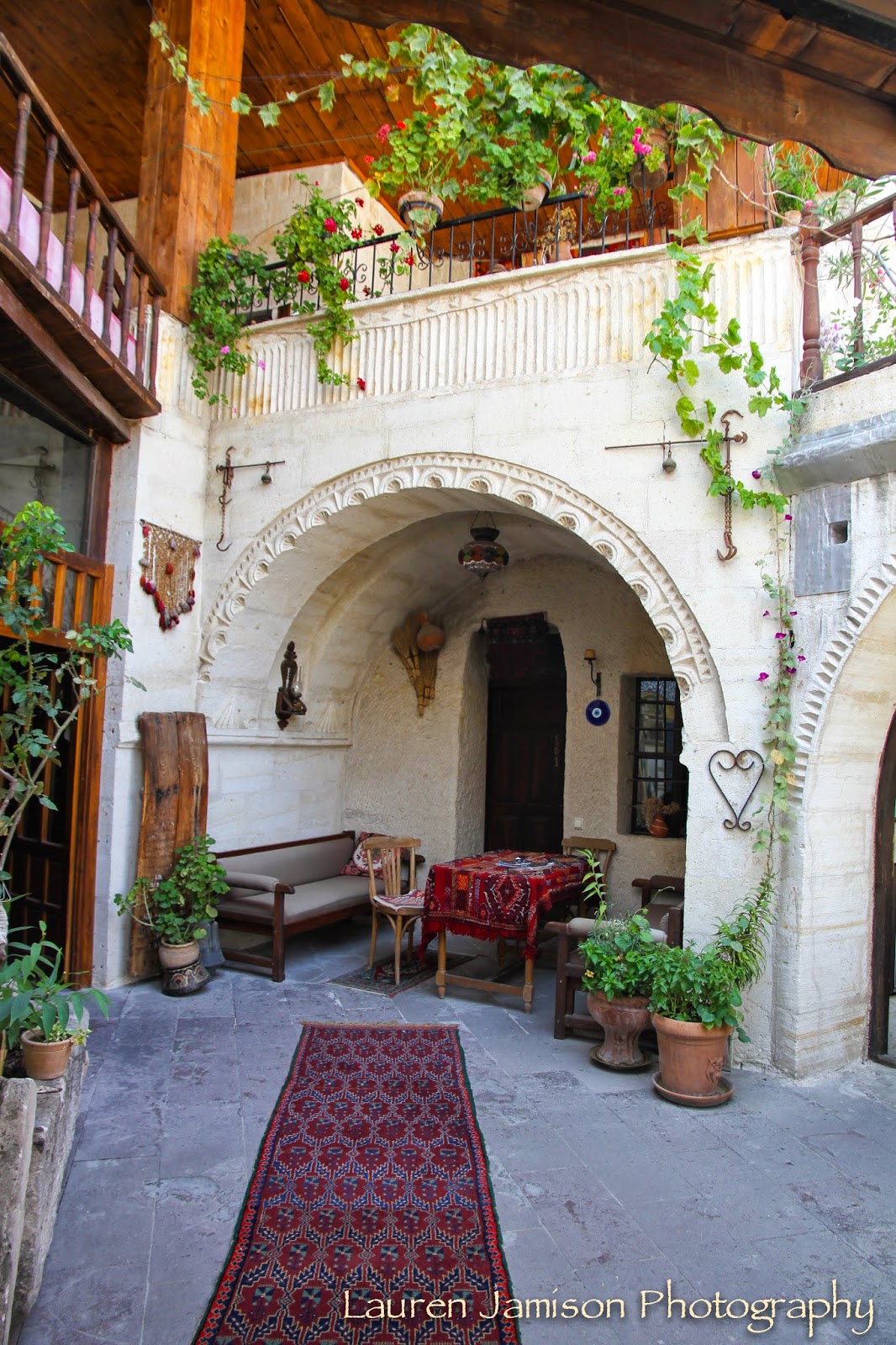 Contrary to what the internet would have you believe, not ALL hotels in Cappadocia are built into caves. In fact, many are reconstructions of old stone houses that decorated the city. I had been told that in order for a hotel to call itself a “cave hotel” it had to at least have a room or two built into caves. I’m not sure that our hotel fit that requirement, but we loved it nonetheless. 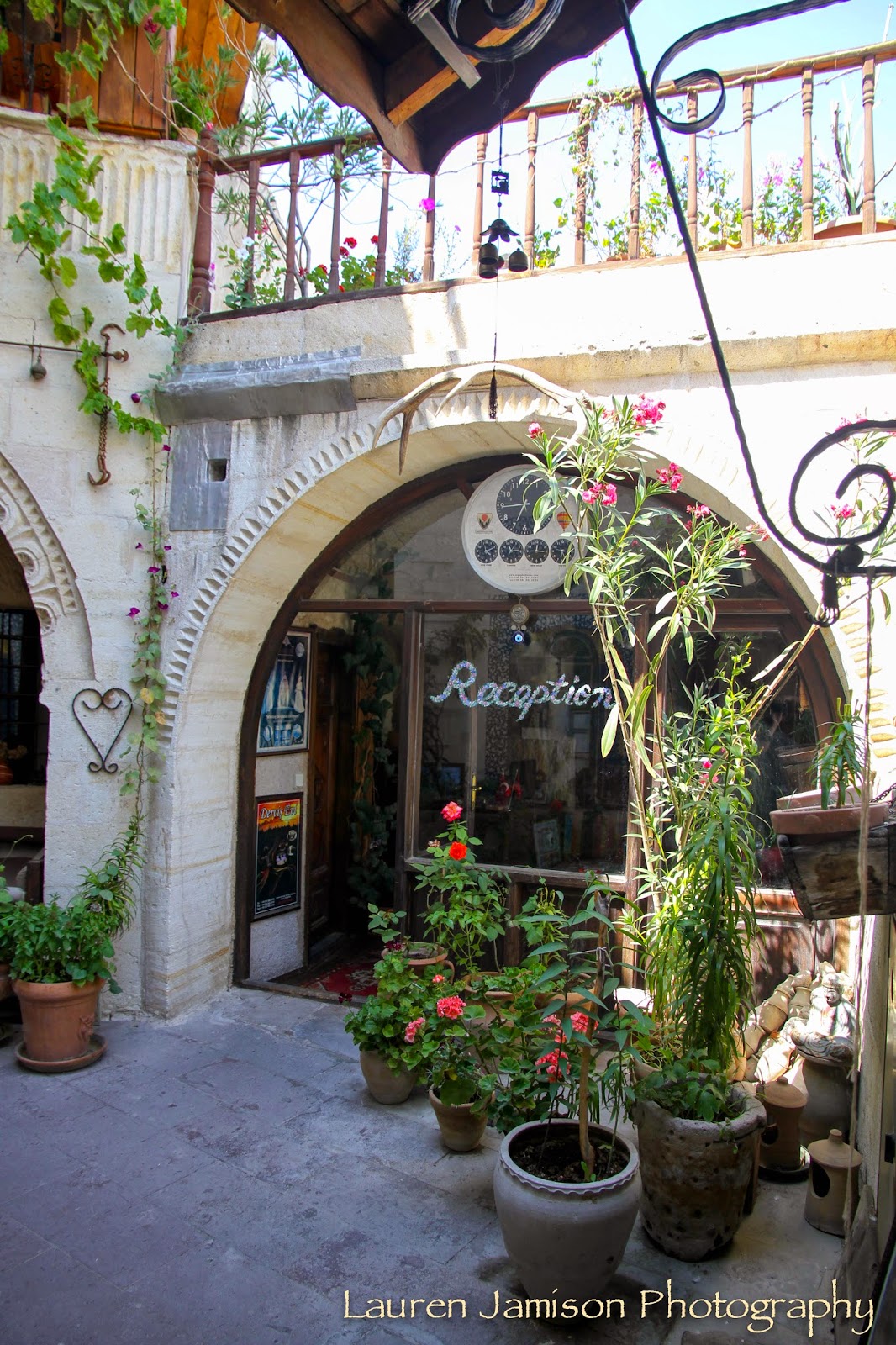 Over the weekend we became close friends with the owner Faruk, an occurrence I think is common with these hotels. These hotels are personal businesses and the owners take hospitality very seriously.  Faruk had bought the three bedroom house, then spent six years building onto it to create the hotel, doing his best to keep its look and feel as close to the original as possible. We sat with him on more than one occasion enjoying a cup of “cay” (tea) and talking. At one point we mentioned we had been looking at rugs and learned he dealt in rugs years ago. He proceeded to spend the next hour or so showing us his collection, reviewing the ones we had found and giving his opinion on the prices we had been quoted, and even offered us a few deals on a few rugs he owned. 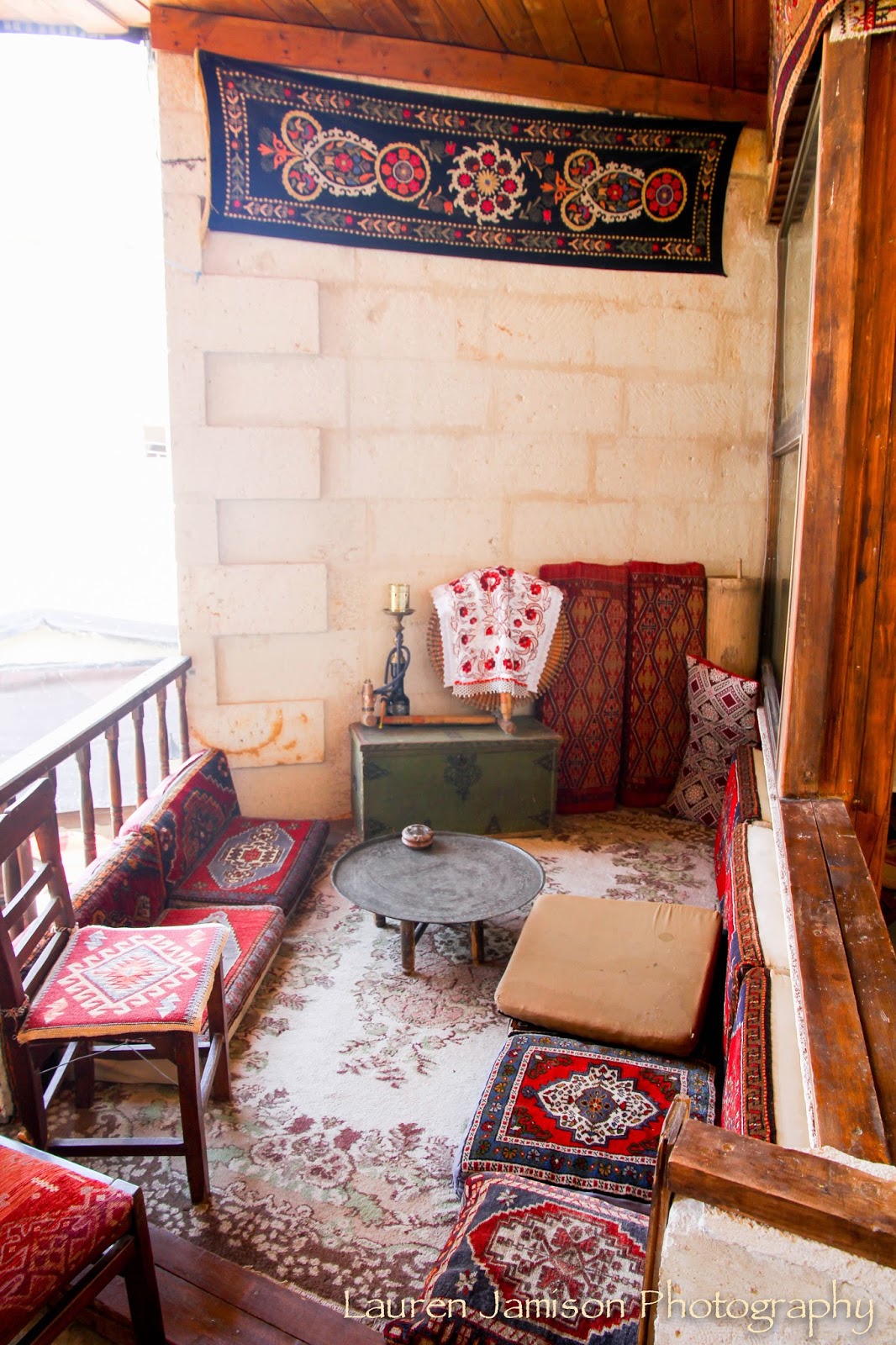 Although there were a few other people staying in the six room hotel, it felt like Will and I had the place to ourselves. Our dogs were welcome, even their barking out the open hotel window (a requirement due to the heat) okayed, and Jeannie girl got to sit with us during our rug lesson. 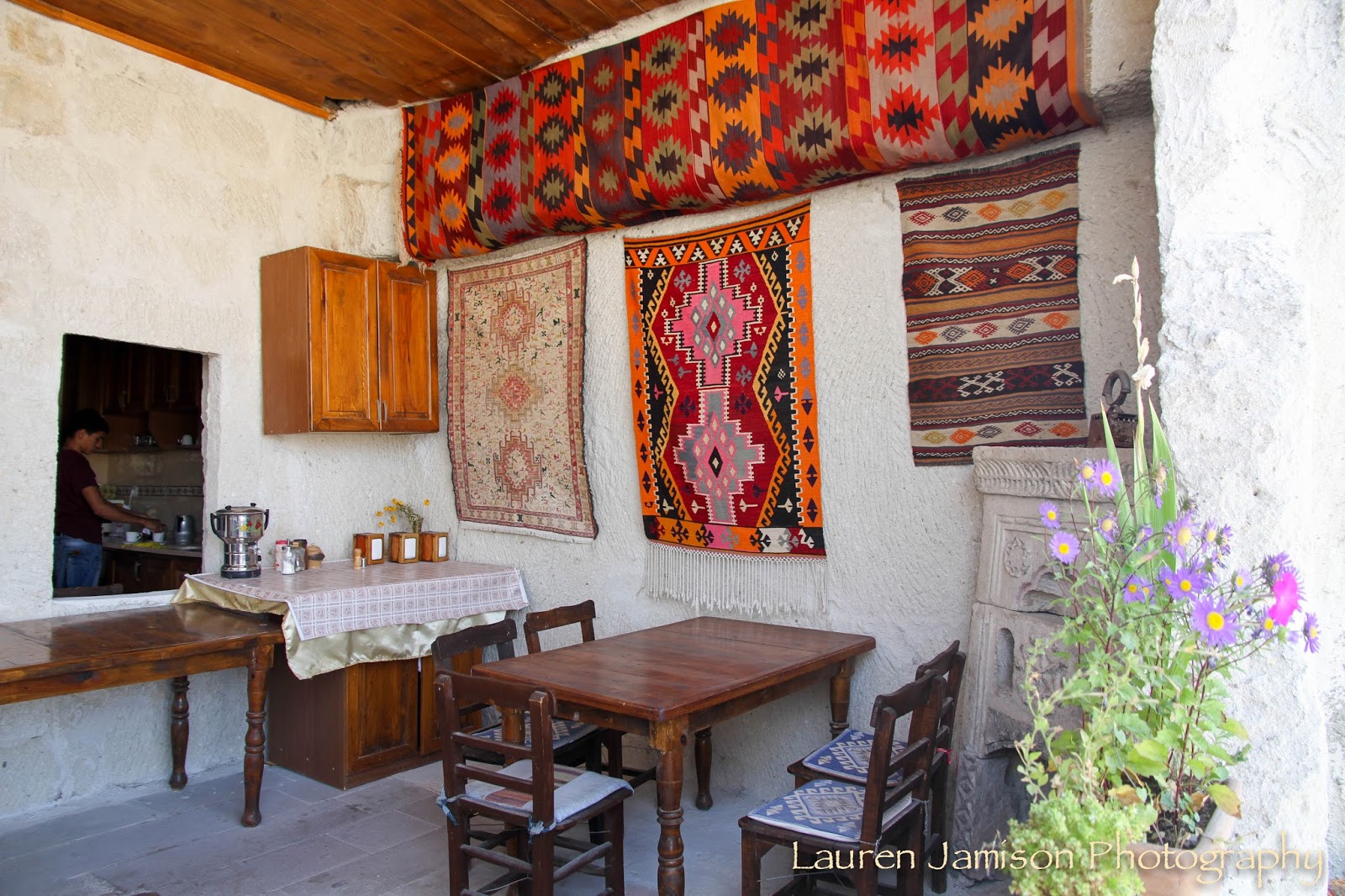 Each morning we sat on the terrace and were treated to an amazing breakfast spread included in the cost of our room. 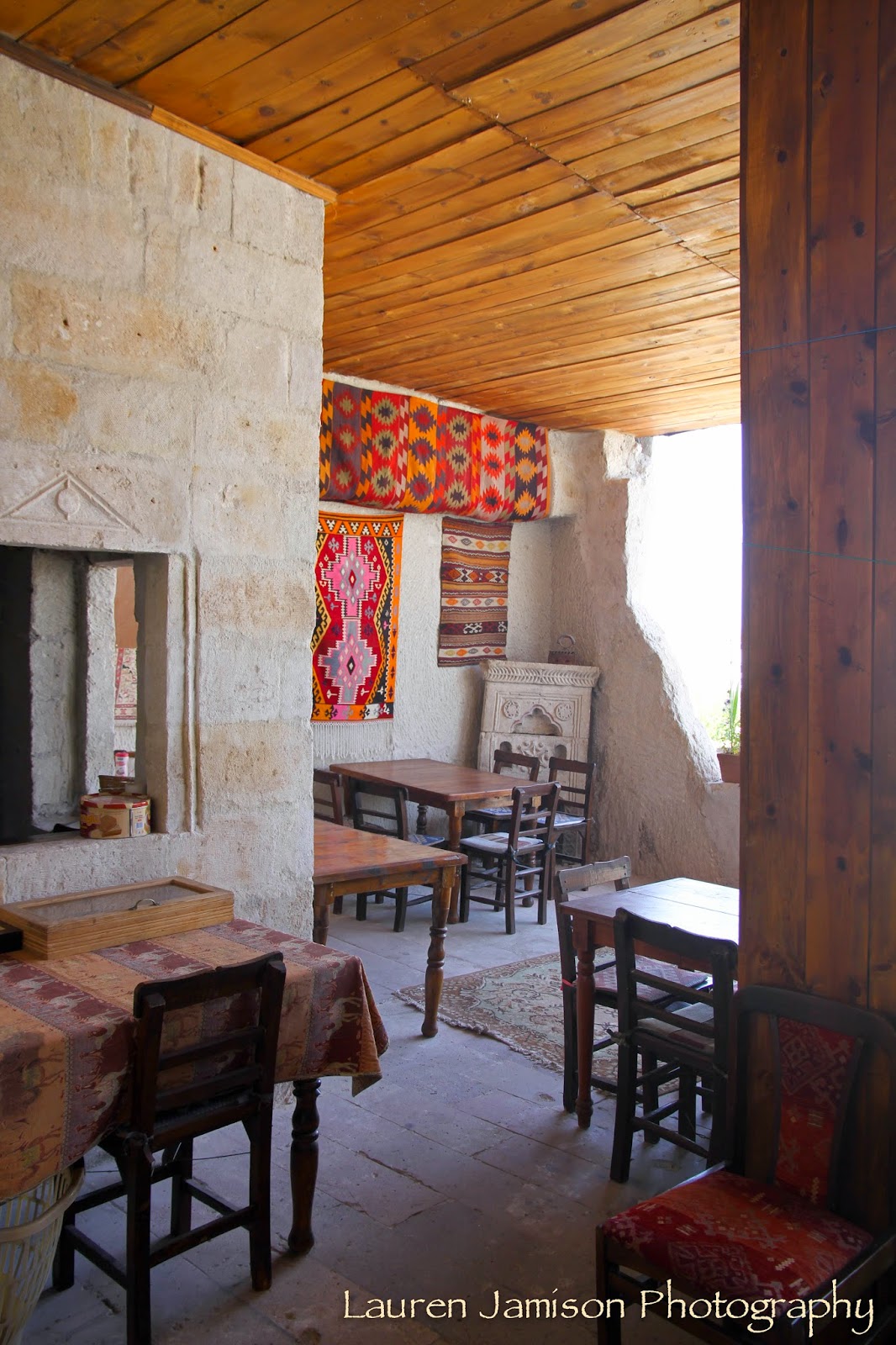 Fresh brewed tea, apple tea (which we later learned is a HUGE favorite of the Turkish people and can be served hot or cold – particularly refreshing served cold when you’ve been walking the Cappadocian streets and find yourself dripping in sweat), coffee, milk, and juice. 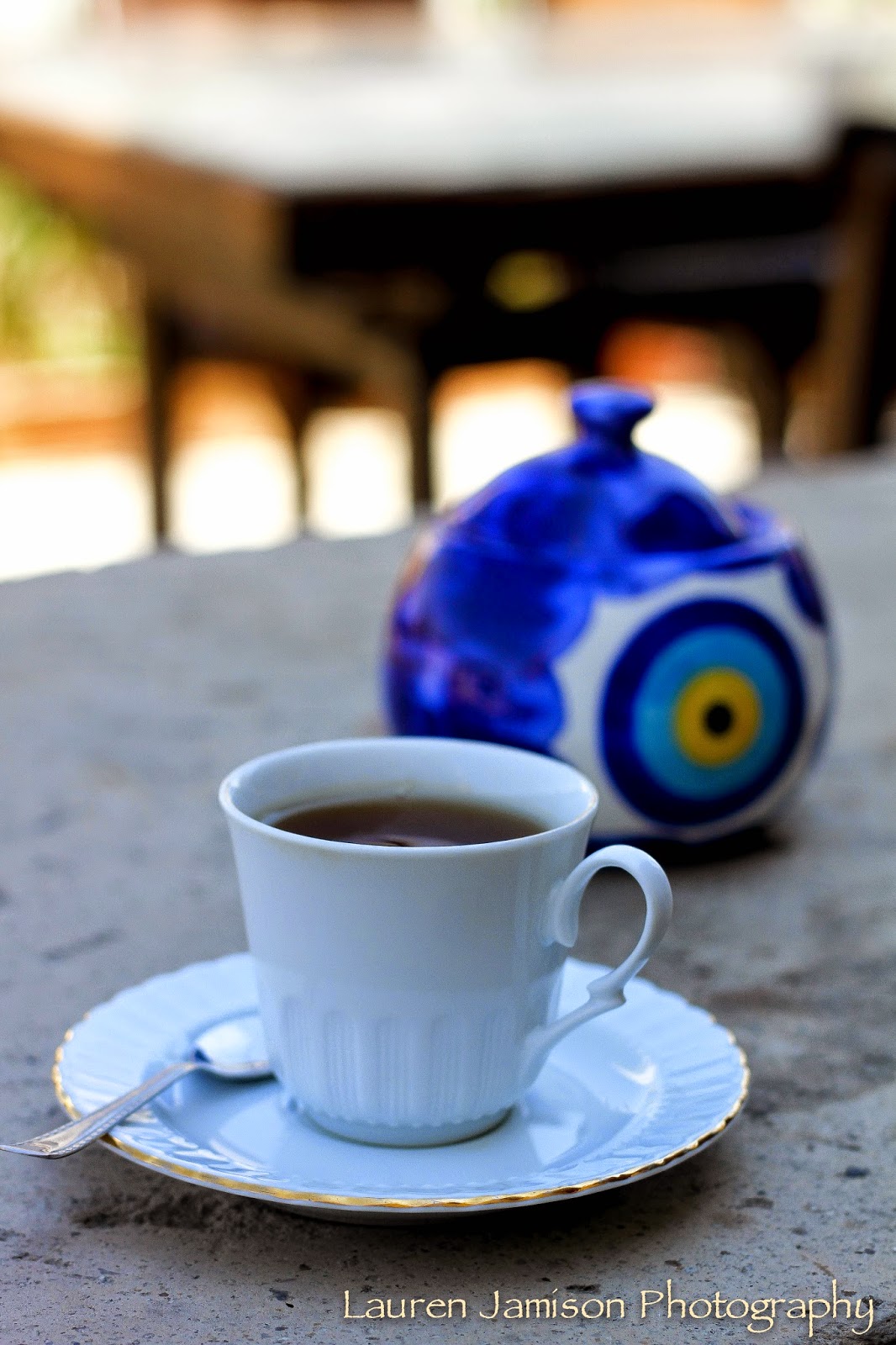 An assortment of fresh and dried fruit, yogurt (we later learned Faruk makes his own yogurt for his use at home – the Turks take their yogurt very seriously!), olives, nuts, tomatoes (the tomatoes in Turkey are heavenly!), cucumbers, and a few different cheeses. 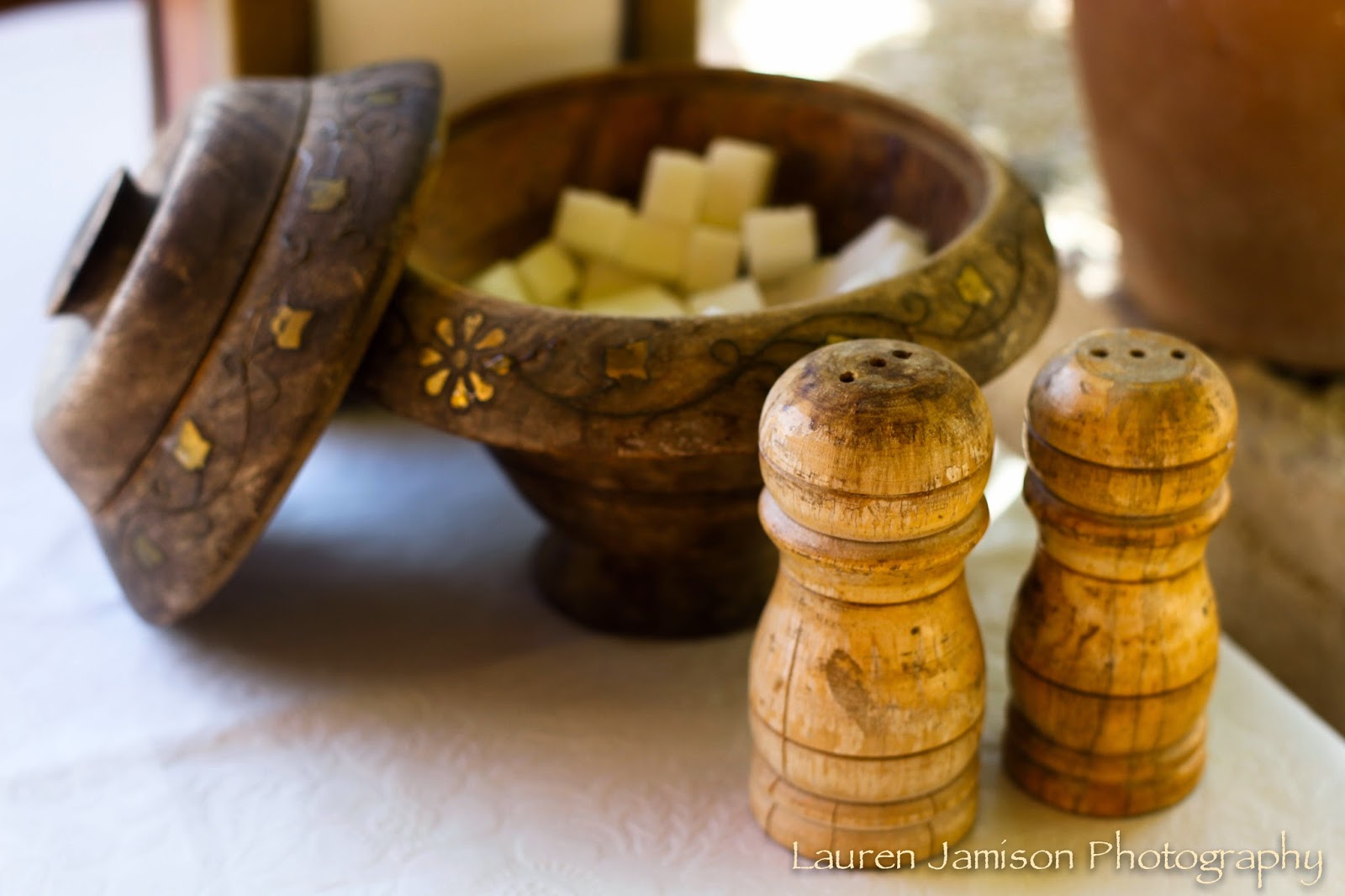 Fresh loaves of bread, a variety of spreads and jams (I fell in love with the cherry spread – as in maybe ate more than half the bowl by myself each morning), and cereal. 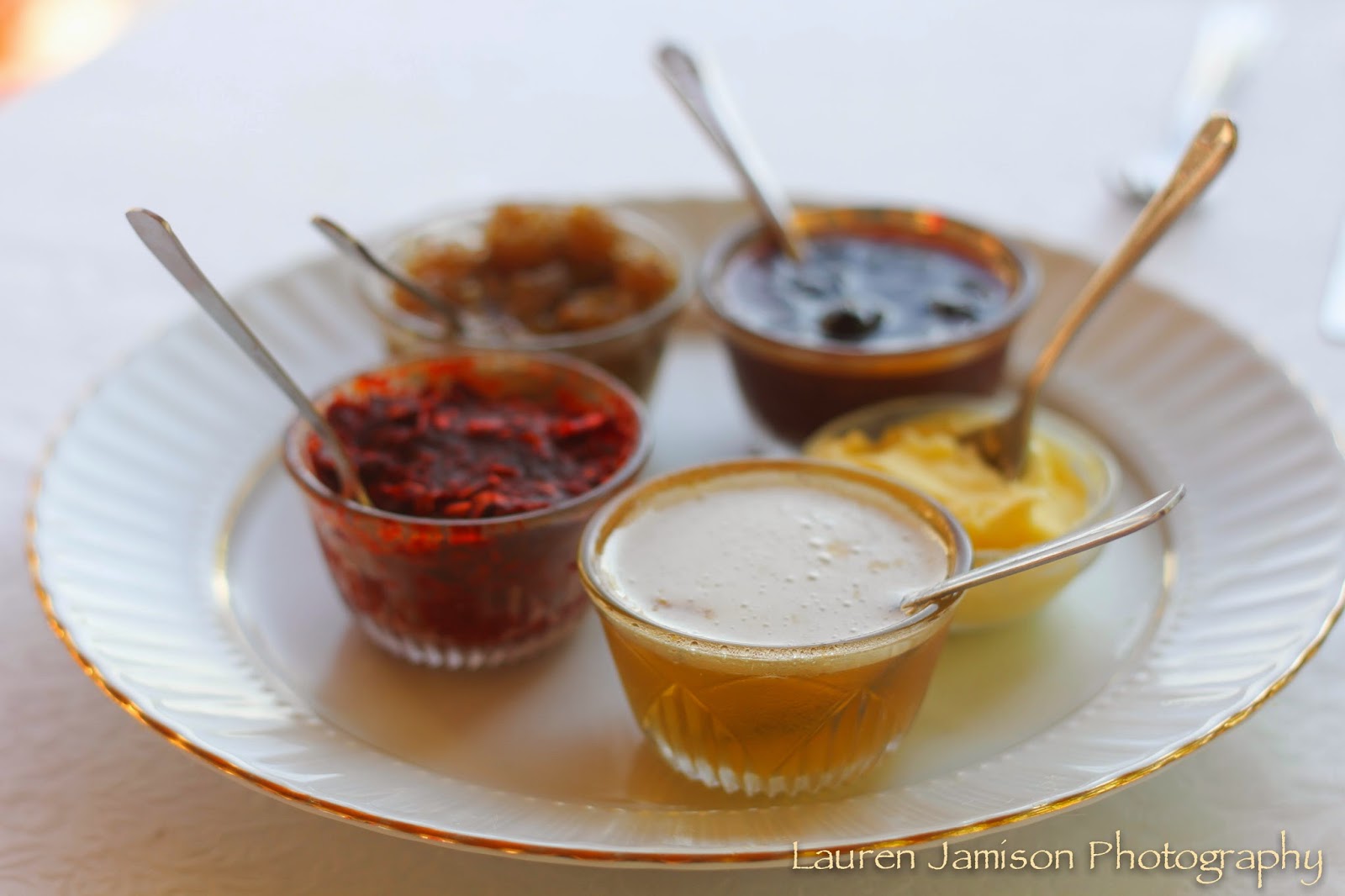 And if you were still hungry, eggs – cooked fresh or hard boiled. 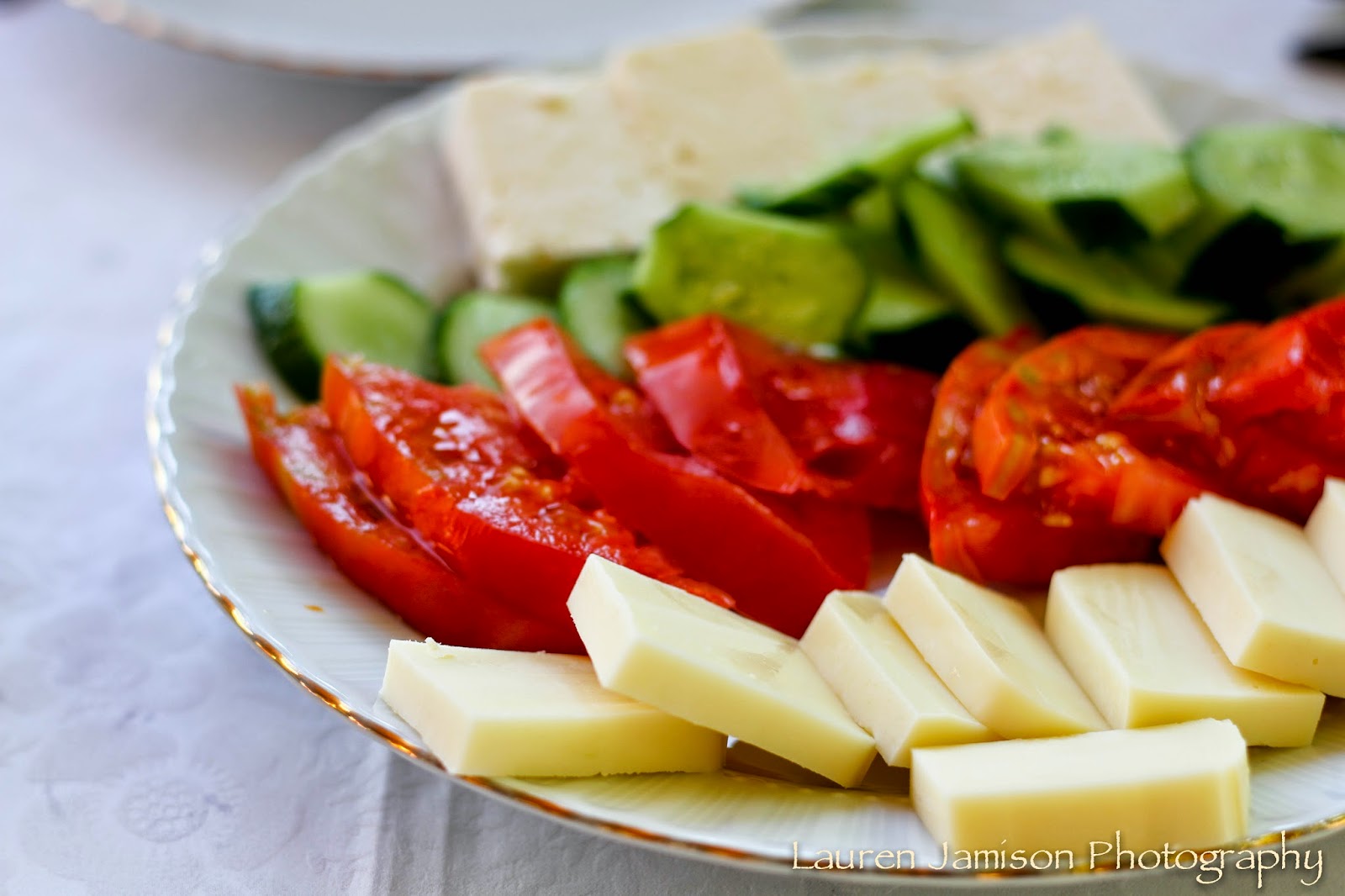 We’ve commented a couple of times that if you go hungry in Turkey, it’s your own fault. The people here always seem to present you with a table full of food, even if it’s just the two of you eating. 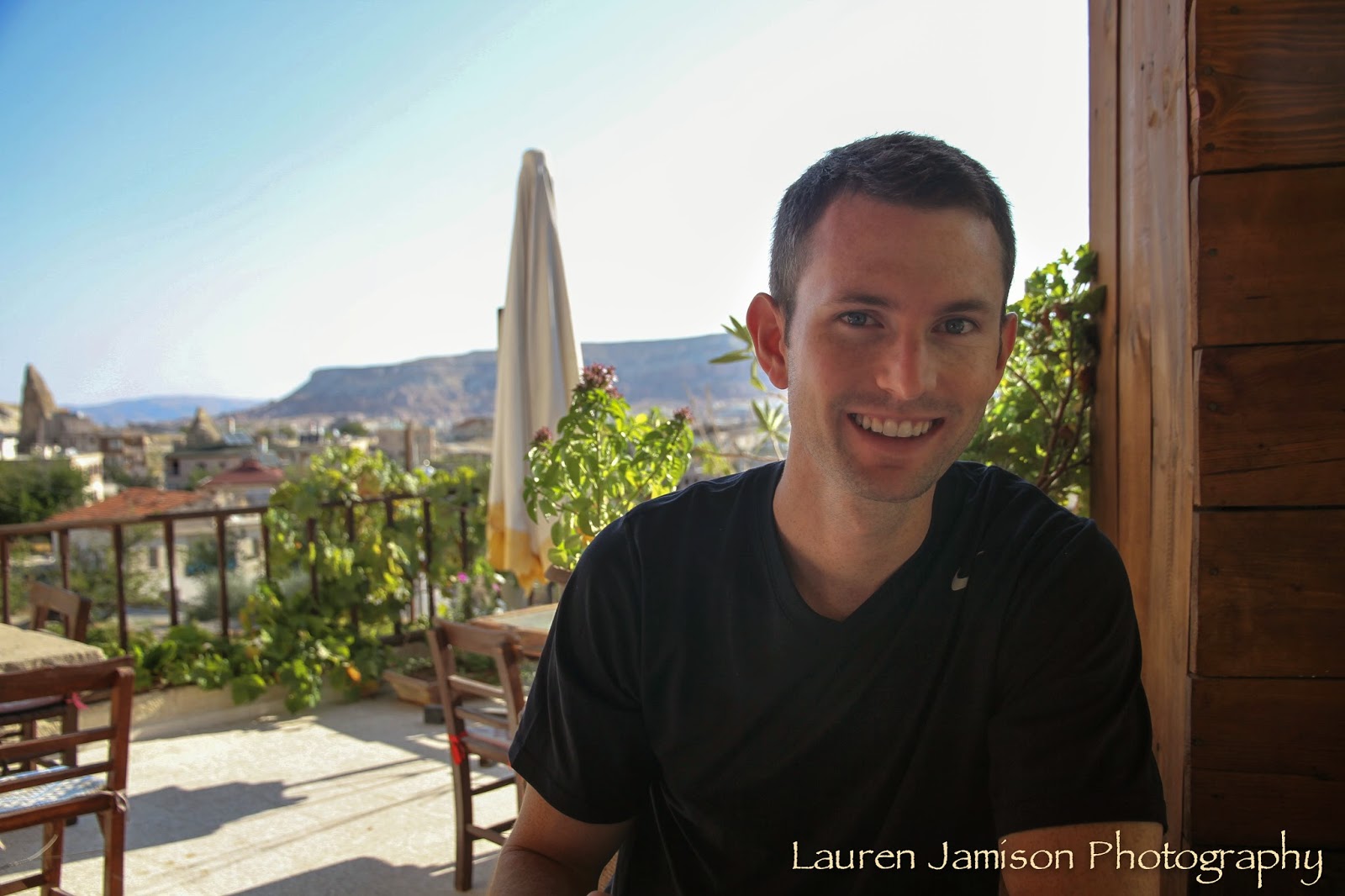 The only downside to our stay there was the heat. None of the hotels and businesses in Cappadocia have air condition due to most being built into the rocky terrain and thus benefiting from the naturally cool atmosphere. It’s also a little cooler in this region, and very dry humidity-wide. While we enjoyed the perfect cool mornings, and delightful breezy nights, our hotel room itself had ZERO air flow even with the windows open. It felt like a sauna in there. We cursed at having not brought our fan from home, and I resorted to laying wet towels across my body to try to capture some of the cool. The poor dogs just laid on any cool tile they could find and panted the entire time we were there. Having the windows wide open also meant we heard every car passing by, every conversation on the street, and every dog bark and baby crying.
So needless to say it wasn’t a particularly restful weekend.
This area does actually receive a little snow in the wintertime, and Will and I both agreed that it may be best enjoyed when it’s cooler and you can enjoy cozying up next to the fireplaces that were present in almost every establishment. So we plan to return when the threat of sleepless, sweaty nights are over. 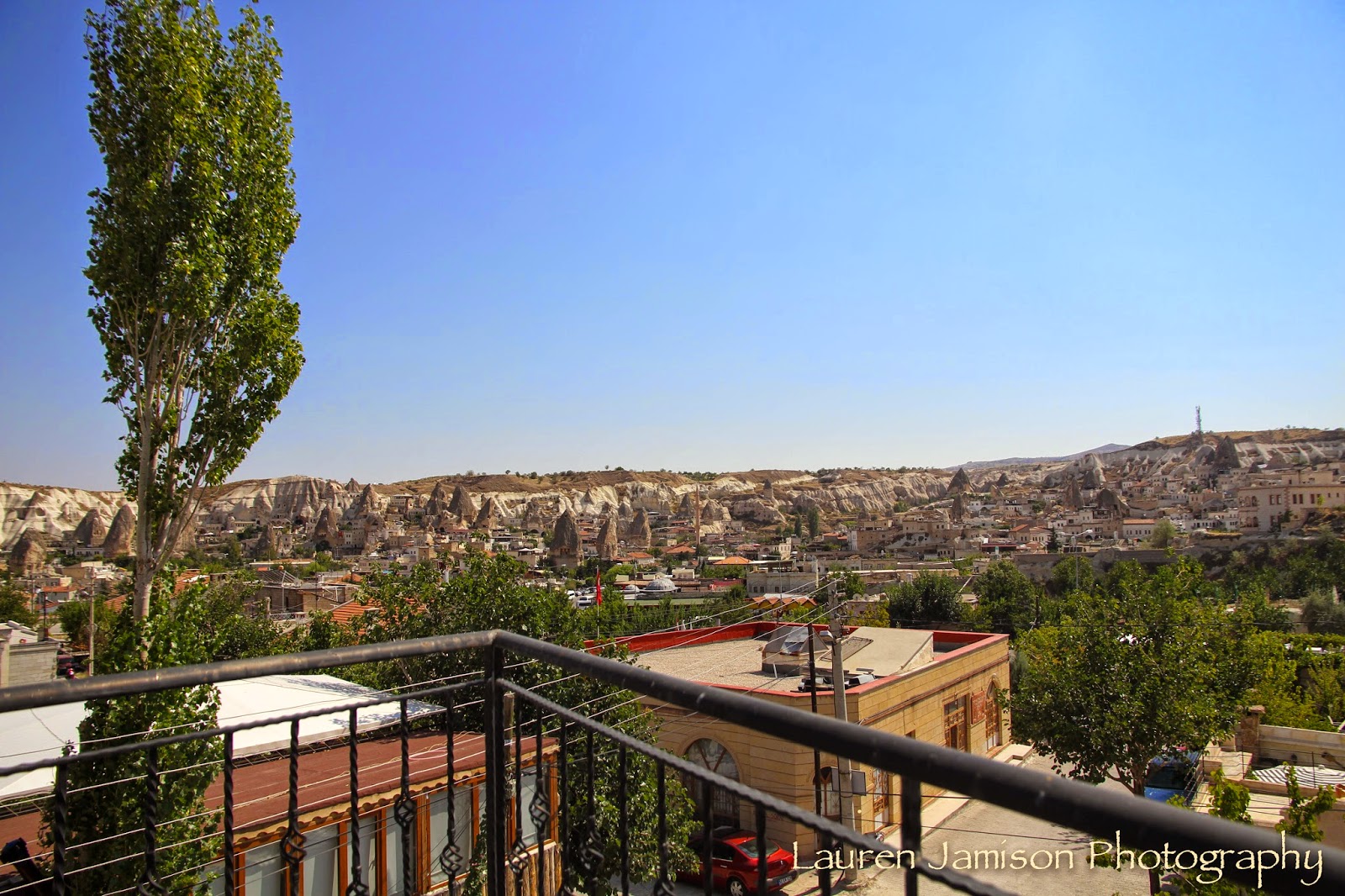 We also promised Faruk we would be back…with the baby of course, because as I’ve said before, the Turks LOVE them some babies!